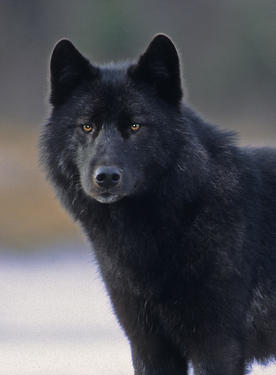 At last, after seven years of living the story of Romeo the wolf, and another three years of writing and interviews and research and review and seemingly endless edits and re-writes and revisions, A Wolf Called Romeo is complete, and being shipped to bookstores across the country. The first-print hardcover edition, which I held in my hands for the first time a couple of weeks ago, looks gorgeous. I know you’d expect me to say so, but really, I’ve seldom seen a more handsome, elegant book; certainly, this, my 11th, is my favorite from a purely physical point. But what lies between those covers, roughly 288 pages in all, is the big deal: the end result of the most difficult writing endeavor of my career—essentially, a 70-some thousand word personal essay. In fact, it may be the single most difficult thing I’ve ever done. I’ve said that before about college, living in the Arctic, and building a house, but the bar keeps getting raised—or rather, I continue to raise it on myself.

The book was supposed to take one year to write; instead, it took three. During those three years of writing, I put much of my life on hold. Three times I skipped my annual several-week trip to my far-north cabin on the Kobuk; I turned down dozens of wilderness trips large and small; I cut down on working out and hikes with Sherrie and the dogs; in Juneau, I didn’t even put my boat, Chance, in the water for three summers in a row, even when the silvers were going nuts or a big pod of humpback whales was bubble-net feeding every day just a few miles from where I sat, inside, alone, bashing my head against the computer screen. I’d wake up at 3 A.M. and just lie there in the dark, thinking about a paragraph or even a single line. I even started writing in my dreams—I mean, actually writing in my head while asleep (though I wouldn’t call it sound asleep by any means); stuff I’d remember the next day. In fact, the line between waking and sleeping blurred so much that I sometimes struggled to figure out what was real, the boundary between what I’d actually done—not only in writing, but errands and chores–and what I’d dreamed.

The good news is, it was worth it. Of course I hope for the larger, commercial success of this book; writing is my living, after all, and inextricably twined into my life, even more so than for some writers, because most of what I do write about is my life, in the most immediate sense of the word. Also, of course I’ll be disappointed, for the sake of Romeo and his story, if it doesn’t reach a large audience. However, I already know that I’ve achieved success, no matter what happens. I put all I had into the telling of this story, drew on all that I’d learned as a writer, and drove myself beyond what I thought were my limits of endurance. And when I open this book to any page, I know each word almost by heart, because I spent so much time with each and every one.

Sending A Wolf Called Romeo out into the world is truly one of the proudest moments of my life. I am humbled by this opportunity to tell this story, and perhaps, make a difference. As T.S. Elliot wrote in Four Quartets, “For us, there is only the trying. The rest is not our business.”

Patricia McConnellAuthor of The Other End of the Leash