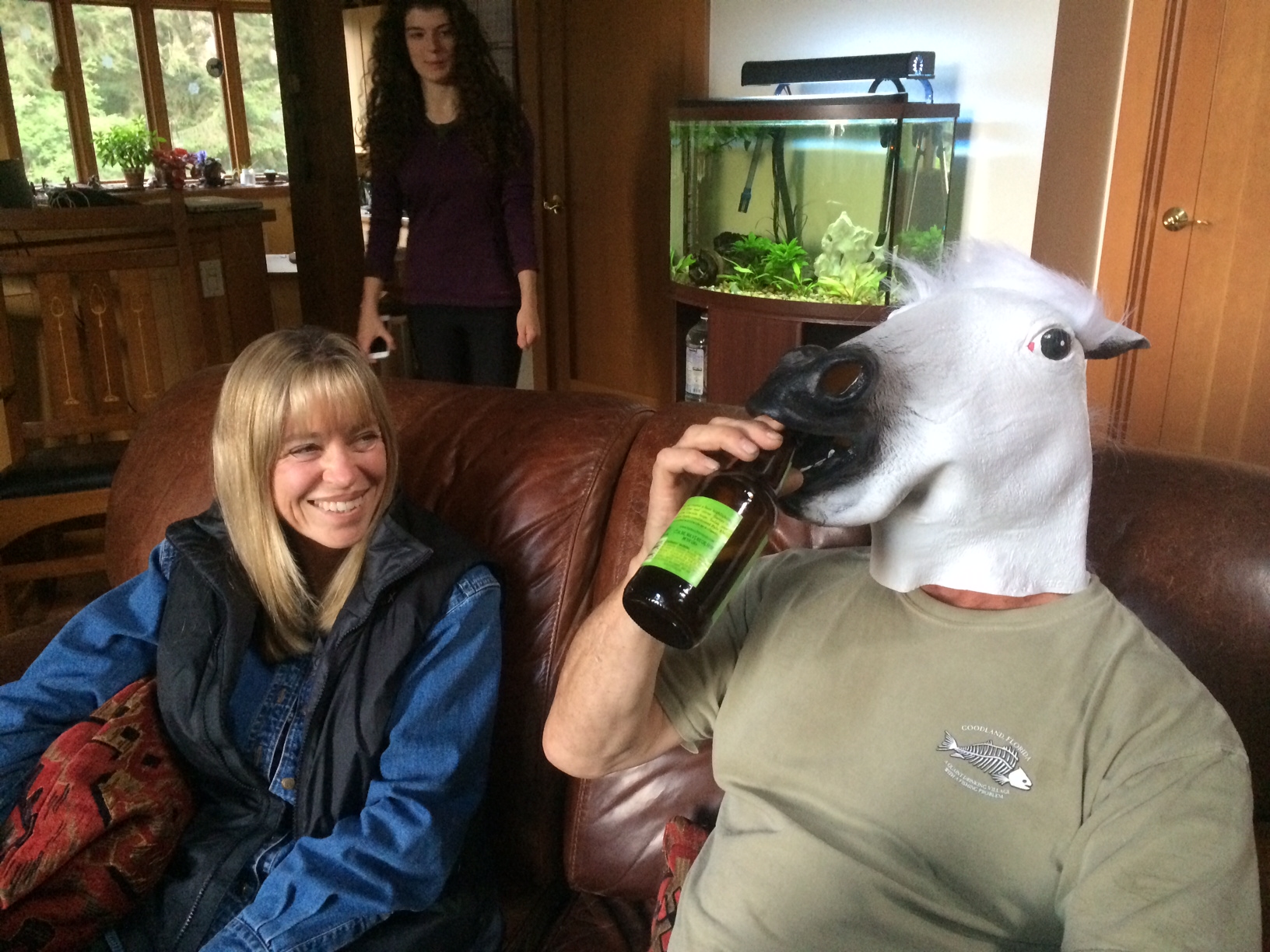 It’s about a month ago, at my pal Vic Walker’s house in Juneau, celebrating a return to Alaska, reuniting with good friends, a new book coming out, and whatever else comes along. At the moment captured in the photo, taken by Vic, my wife Sherrie is receiving yet another object lesson reminding her what she married. At least it’s the other end of the horse—this time, anyhow. In the background, looking somewhat and understandably perplexed, Vic’s gorgeous daughter Evie, a horse lover except for right then, provides a low-key photo bomb. The scene wasn’t calculated; the mask belonged to Vic’s kids, who made the mistake of leaving it lying around, and Sherrie turns around to see….uh…And yes, it’s damn near impossible to drink beer with a rubber horse mask on—more’s the pity.

Yeah, I’m that kind of guy, 59 going on 14. Grew up to the exasperated cries of my poor sainted mom: Nicholas Andrew JANS! to be later echoed by Sherrie’s own version of the same old song: What’s WRONG with you?

To which I answer, life’s way too serious to be taken too seriously. Even Shakespeare knew that. In his darkest of tragedies, MacBeth, the drunk gatekeeper provides a stand-up comic moment as the world collapses into evil; and in Romeo and Juliet, Mercrutio dies hatching bad puns and one-liners—for example, tomorrow you will find me a grave man. So the good news and bad news are one and same, far as I can tell: laugh when you can. That’s my story, stickin’ to it.

Patricia McConnellAuthor of The Other End of the Leash
END_OF_DOCUMENT_TOKEN_TO_BE_REPLACED

Susannah CharlesonAuthor of Scent of the Missing and The Possibility Dogs